Located in Muskoka on Lake of Bays, New Moon began as a family lodge in the early 1930’s. It was transformed into a children’s camp in the 1950’s under other ownership until 1959, when it was purchased by Al Goodman and Bert Fine (who ran Bathurst Manor Day Camp, later renamed to Forest Valley). After their inaugural summer of 1960, Al assumed full ownership, beginning a marvelous and long-lasting reputation in the camping community. The camp underwent further remodeling throughout the 1960’s. 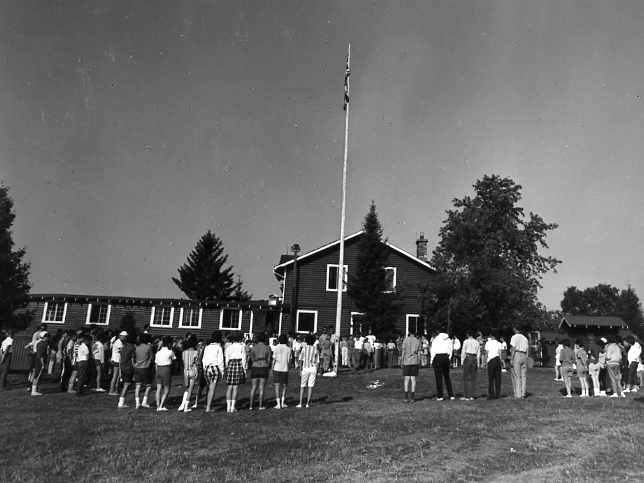 In the 1980’s, his son Jack became became heavily involved, becoming the Program Director/Assistant Director role in 1985. Soon after that, Sue joined the head staff, and in 1994, Jack and Sue took full ownership of New Moon. Since that time, New Moon has undergone a second extensive rebuilding program, and continues to flourish, providing campers the same warm and enriching experience that has existed for over 60 years.  In 2011, Zack Goodman became the Program Director and since 2016, Zack has acted as our Assistant Director, continuing the family legacy.

Once you get the ‘New Moon Bug’, it lasts a lifetime and thousands of campers and staff have wonderful, lasting memories. We are now fortunate to have 3rd generation campers!

of forested hiking trails, exceptional playing fields, and a beautiful waterfront on the Lake of Bays. Surrounded by mature pine trees, our newly rebuilt camper cabins have washrooms, electricity and are conveniently located to all activity areas. The grounds and buildings are meticulously maintained, with exceptional range of sports facilities and programs. There is never a year that improvements are not made, but the uniquely warm and friendly atmosphere at New Moon has never changed. It’s felt by everyone who steps through the gate and remains our our greatest source of pride.